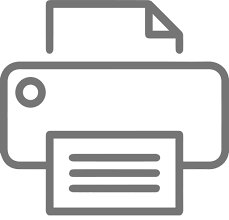 Import staffing from external suppliers (BPOs) to be added in addition to any internal resources. The staffing import updates the staffing levels. This gives you a good foundation to make decisions on any further actions needed. For example, if you need to postpone meetings or ask agents to work extra time to fulfill the remaining resource need.

Previous imports can be overwritten by a new import. This is useful if the staffing numbers at the BPO changes over time. The new values overwrite the old values when a new staffing file is imported for the same BPO source, the same skill combination and the same intervals as the previously imported file.

When using different skill combinations in the import files, these are different resources, even if some of the skills are the same.

The imported staffing data is displayed in the Staffing tool and the Intraday tool on web, as well as in the Schedules module in the client. The total scheduled time per skill, including the imported data, is shown in the standard report Forecast vs Scheduled Hours report.

It is possible to remove previously any imported staffing contribution for a BPO. This is useful when you for example want to stop using a BPO from a specific date.

Staffing imports can be done for today and the next seven weeks.